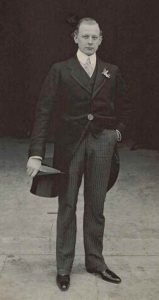 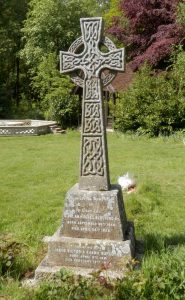 Sir Alan and Lady Burgoyne lived at Finchers in Beamond End, and had a London town house at 33 Eaton Terrace.

A brief biography from the Australian Newspaper Archive: Trove:

“Sir Alan Burgoyne was born in1880 and completed his education at Queen’s College, Oxford. He was a man of varied interests and was prominent in parliamentary, scientific and naval spheres, and was a great traveller. He published several works on phases of the war, under the sea and on land, and founded the Navy League Annual in 1907. It was while in Port Arthur, in 1903, that he was arrested by the Russians on a false charge of spying. He was director of several commercial interests, which included the Australian Wine Importers, Ltd. He owns considerable property in Australia. During the war he served in France, Italy, Palestine and India, and was made a Lieut.-Colonel in 1918. He was a Fellow of the Royal Geographical Society, a skilled engineer, and a member of the Royal Aeronautical Society Council. He married in 1906, Irene Victoria Easor, second daughter of Earl Macdonald.”

There was a comprehensive full page report on Sir Alan’s life and work in The Bucks Examiner, Friday May 3rd, 1929. (PDF file 900k, opens in a new window) .

The striking Celtic Cross memorial stands at the rear of the Church.