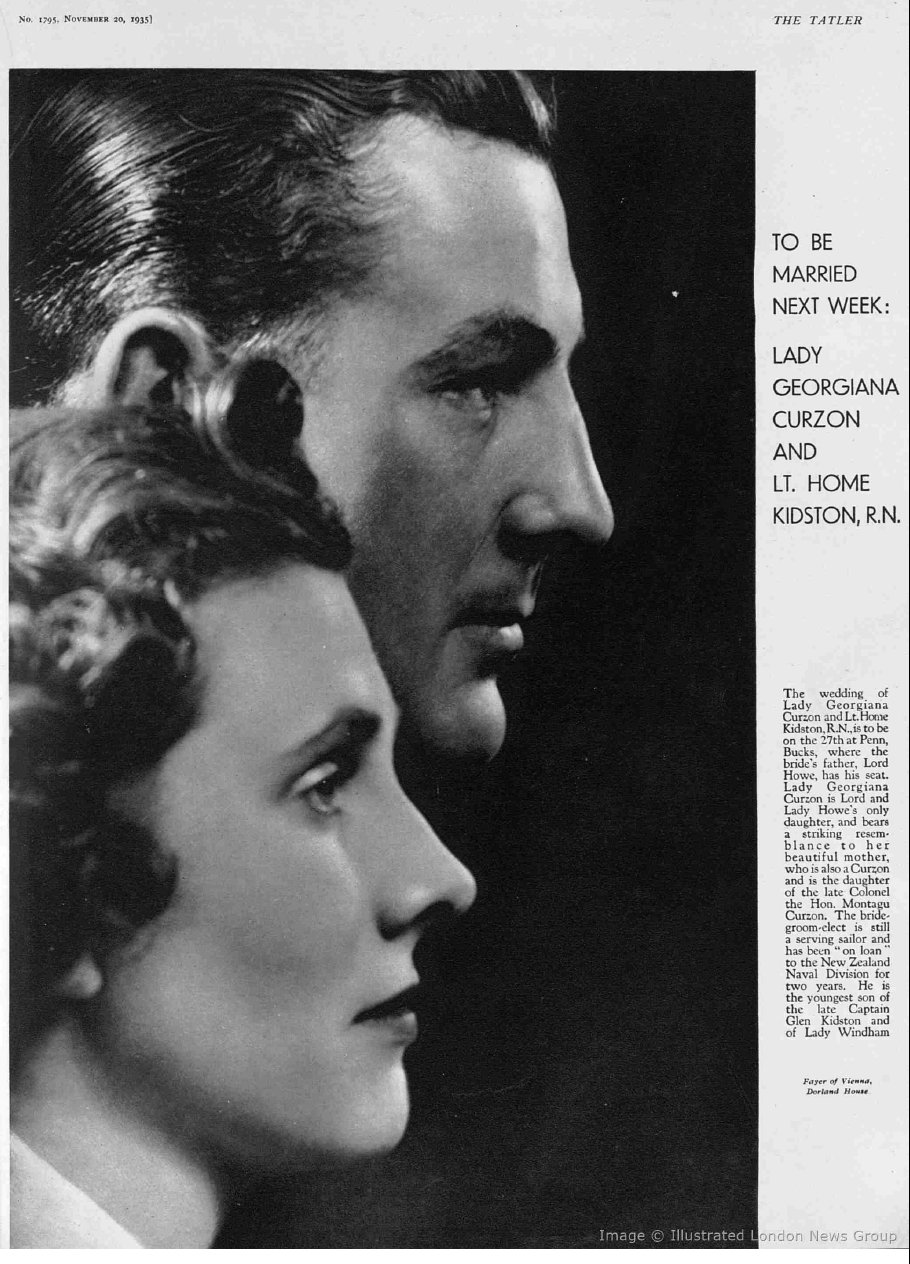 TO BE MARRIED NEXT WEEK:
LADY GEORGIANA CURZON AND LT. HOME KIDSTON. R.N.

The wedding of Lady Georgiana Curzon and Lt. Home Kidston, R.N. is to be on the 27th at Penn, Bucks, where the bride’s father, Lord Howe, has his seat. Lady Georgiana Curzon is Lord and Lady Howe’s only daughter, and bears a striking resemblance to her beautiful mother, who is also a Curzon and is the daughter of the late Colonel the Hon. Montagu Curzon. The bride-­groom-elect is still a serving sailor and has been “on loan” to the New Zealand Naval Division for two years. He is the youngest son of the late Captain Glen Kidston and of Lady Windham. (Photographs: Fayer of Vienna, Dorland House)

There is a 25 second video of their marriage on the Pathe News website, and here on Youtube (Opens in new tab)

“Georgie” died 11 January 1976. She is buried at Holy Trinity, Penn Street, and on her grave there are two lines by Tennyson: “Oh for the touch of a vanished hand, and the sound of a voice that is still“.  The same lines which appear on her grand-mother’s memorial lych-gate at Penn Street.

(Thanks to Ron Saunders for finding this article from the Tatler)