David Niven lived here between 1920 and 1922, as a ten to twelve year old, one of a dozen boys (who included two Persian princes and the young third Sir Philip Rose) in the crammer run by the Revd Arthur Browning. David Niven’s autobiography remembers a very pleasant interlude in Penn Street, despite the vicar – who was ‘a magnificent looking grandson of Robert Browning with clear blue eyes and white, wavy hair. He was uniformly adored by the parents and loathed by the boys, without exception, as an evil-tempered, vain old tyrant!’

In the 1911 Census, Arthur Browning desscribes himslef as “Clergyman-Priest General of England-Private Tutor”, and includes his wife Catherine, son Robert and daughter Esther, and four boarders: a private tutor from Sheffield and three students, from New Zealand, Calcutta India, and London, plus three domestic servants, from local villages. 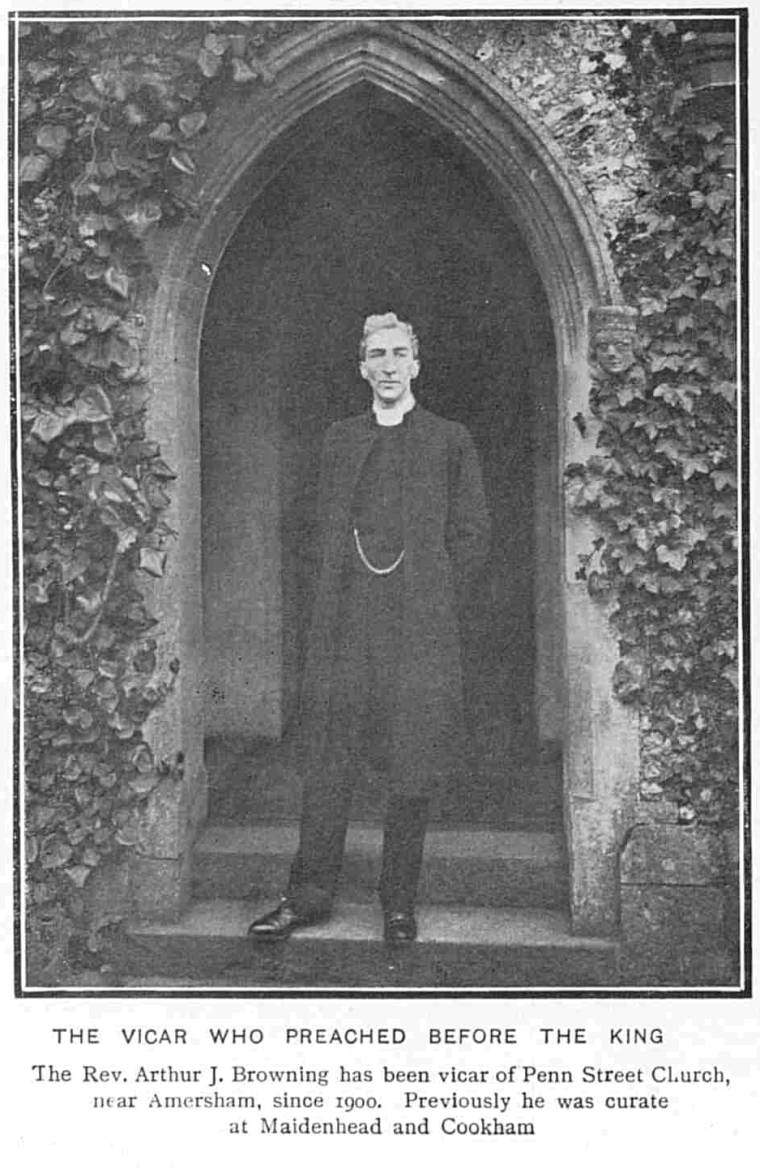