The Rev. Ernest Davies was appointed by Eal Howe to replace Francis Sibree, who had only been in office a year, when he announced his intention to retire due to the illness of his wife Edith. 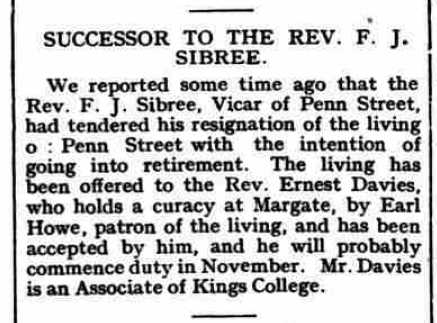