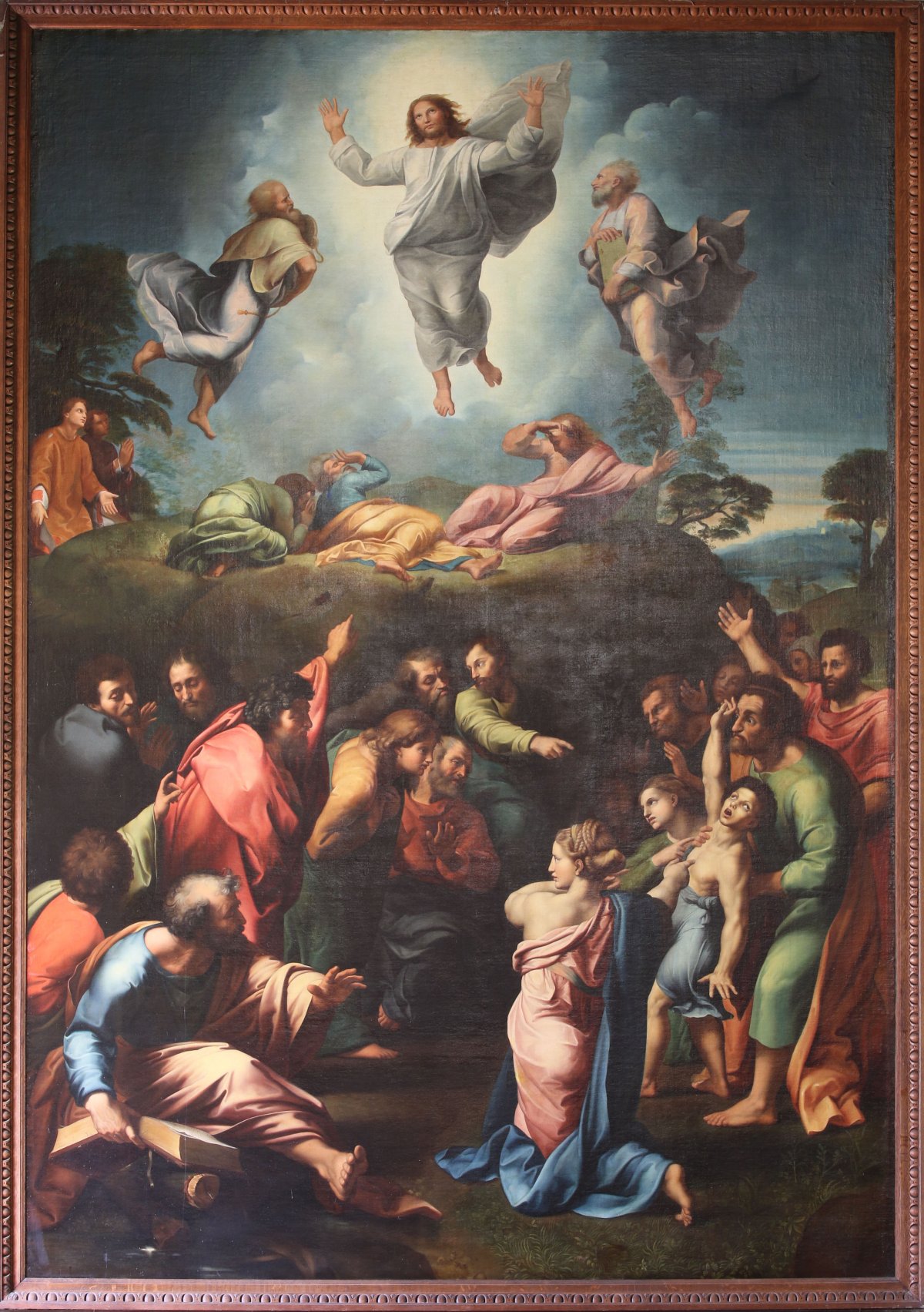 The Transfiguration (Matthew 17:1-13) and other gospels.
The painting hangs at the West end of Penn Street church.

“Earl Howe, who is the patron of the living, has presented to Holy Trinity Church, Penn, one of the very few existing copies of Raphael’s celebrated picture of the “Transfiguration”, which was formerly the altar-piece in the Curzon Chapel, Mayfair.”

Footnote:
“Cardinal Giulio de’Medici (who later became Pope Clement VII), commissioned Raphael to paint Transfiguration for the city of Narbonne, in France. The painting was kept personally by the Pope after Raphael’s untimely death, until he donated it to the church of San Pietro in Rome. The painting is now housed in the Vatican Museum.”